When setting regarding selecting the proper snow thrower for your desires, there are a variety of things that you'll wish to think about. There are the dimensions and power of the machine and the way you employ it. Then there's the ever-important question of whether or not you select a gas-powered snow thrower or an electrical one. the choice between gas and electrical can have an effect on all of the opposite aspects of your snow thrower, thus it's a decent place to begin.

There are several reasons why one might prefer an Autonomous snowblower, so let's take a look at the advantages. An Autonomous snowblower is lighter and is usually more compact than a gas machine. This makes them easier to transport and they won't take up as much storage space. Autonomous snow blowers aren't as noisy as their growling gas counterparts and won't upset your neighbors as much. They also require very little maintenance, so this will save you money and hassle in the long run. You also don 't need to mix gas and oil or pull on a recoil starter every time you want to use the snowblower. An Autonomous snowblower starts instantly, with the push of a button and you are good to go. Take the example of Snowbot. A fully autonomous snowblower that works without any manual interaction.It has its dedicated app to do the task by getting commands from its user. 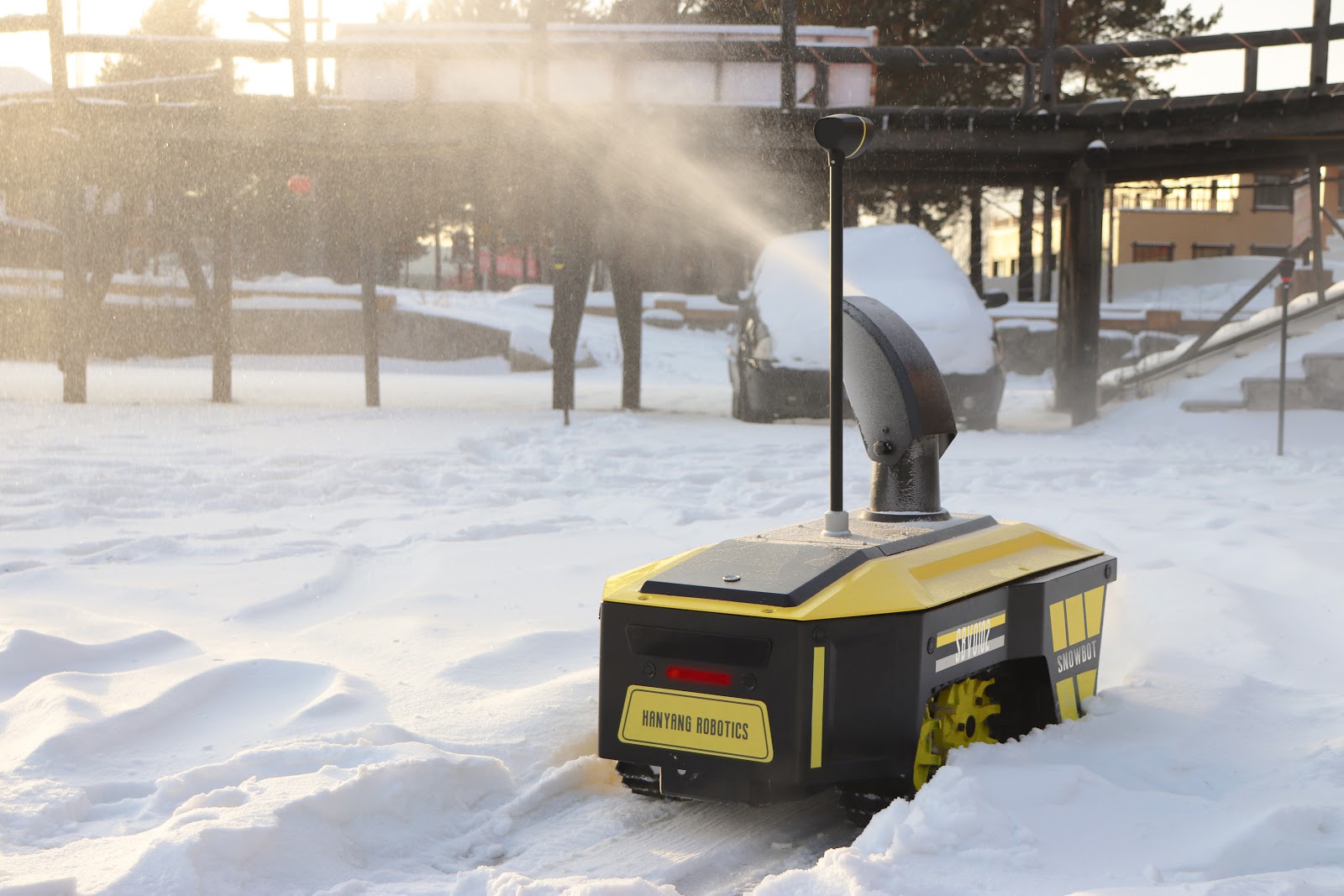 Future robotics goal lies with the ease of using machines. Autonomous snowblower such as Snowbot is the one solution to that. There is another type of Snowblower that is corded. Using a corded electric snow blower will restrict your movement – you're limited to the length of the extension cord that you're using. Electric cords will also snag on obstacles like plants, rocks, and garden furniture. But the electric corded snow blower is a good option if your budget is low. If you are looking for a totally cordless and automatic machine to clean your driveway or yard, Snowblower like Snowbot will be the right option to choose. Another upside of the autonomous snowblower is that it can work when you are not around it means, you can command it to start or stop working while you are away.

if you need to clear large volumes of heavy snow, a cheaper machine, if you live in an area that experiences heavy and frequent snow storm then gas Snowblower is the right choice for you. 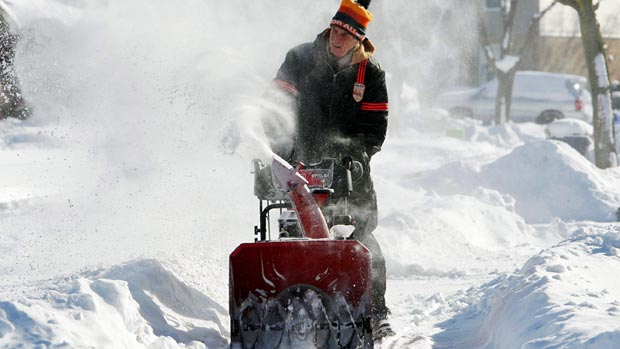 In the case of power, the gas engine can provide much power than the electric or autonomous snowblower. A gas blower has quite a bit of maintenance to consider, both when preparing for the winter season, as well as during the time it is in use .

Unleaded gasoline and oil must be changed regularly, as well as maintenance surrounding spark plug cleaning and / or replacement. You also should check belts, pins, the paddles, air filter, and bolt tightness while in use, as well as before the start of the season.

The fuel system should also be regularly maintained. The gas snow blower is best to move large amounts of snow with only one pass.

Most chutes can also be pointed into chosen directions and also have adjustable heights to get the snow out of your way. Unlike electric snowblowers with cord, you can use gas snowblowers anywhere. With some advantages, gas snow blower also has lots of disadvantages that you will not see on Autonomous blowers like they are loud, bulky, and heavy to use. They also almost all start with a pull start system, so you have to be able to exert that kind of effort to get the motor started.

Let's talk about the Pros and cons

Your best choice obviously surrounds the type of work you need to get completed. Limited areas of clearance in climates that have a lower snowfall would benefit from an autonomous version. Climates that receive regular heavy snow, deeper snow and properties that need more than 2100 square feet of clearance are better suited to a gas blower.

If you are suited to clean snow from your driveway manually and in your presence, then gas snowblower will be a good choice. But if you need a snowblower that can clean automatically and give you a satisfactory result, then choose an autonomous snow blower for your next winter. Everyone wants to experience new technology in all aspects of life. Autonomous Snowblower like Snowbot from Hanyang Robotics brings you that advantage.